At D23 Expo 2019 on August 23, 2019, Kevin Feige, the President of Marvel Studios, announced that Marvel Studios was developing a live-action series about Moon Knight for Disney+.

In November 2019, Jeremy Slater, an American writer and producer, known for his works on Fantastic Four (2015) was hired for being the lead writer for Moon Knight. Originally Marvel Studios was planning to start production in November 2020 but that was changed because of the Coronavirus.

Who is Moon Knight? Moon Knight is a fictional superhero created by Doug Moench and Don Perlin. He first appeared in Werewolf by Night #32 (August 1975). Critics are saying he is like Batman. Both are rich and they use their money to buy equipment to fight crime. They are expert detectives and excellent in armed combat. We are know Batman’s rogue gallery but for Moon Knight, his common enemies are Taskmaster and Bullseye. 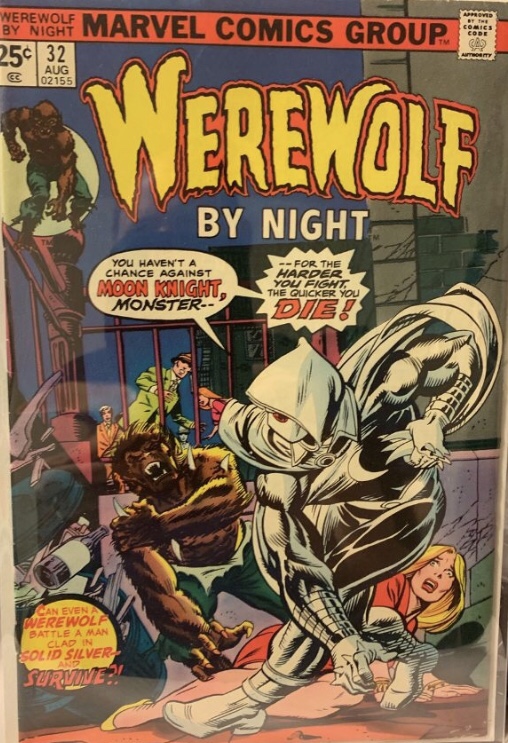 Moon Knight belongs in a number of teams such as Avengers, West Coast Avengers, Defenders, Secret Avengers etc. He has appeared in many animated cartoons and video games but on Disney+ will be first live-action. On ebay the prices of Werewolf by Night 32 is not cheap. Some 2020 sales are

Let’s check what the market for this book in 2021.

There wasn’t any recent CGC 9.4 sold.

I bought a raw copy from a friend fall 2019. This will be key book to keep.