WB is developing a movie called Super Pets similar to cartoon show in Cartoon Network. That team of animals include Krypto the Superdog, Batman’s dog Ace the Bat Hound, Wonder Woman’s kangaroo Jumpa, Supergirl’s Streaky the SuperCat . Super Pets is being written by Jared Stern and John Whittington, who created by The LEGO Batman Movie and The LEGO Ninjago Movie.

In May 2021, WB announced Dwayne Johnson will provide the voice for Krypto the Superdog. 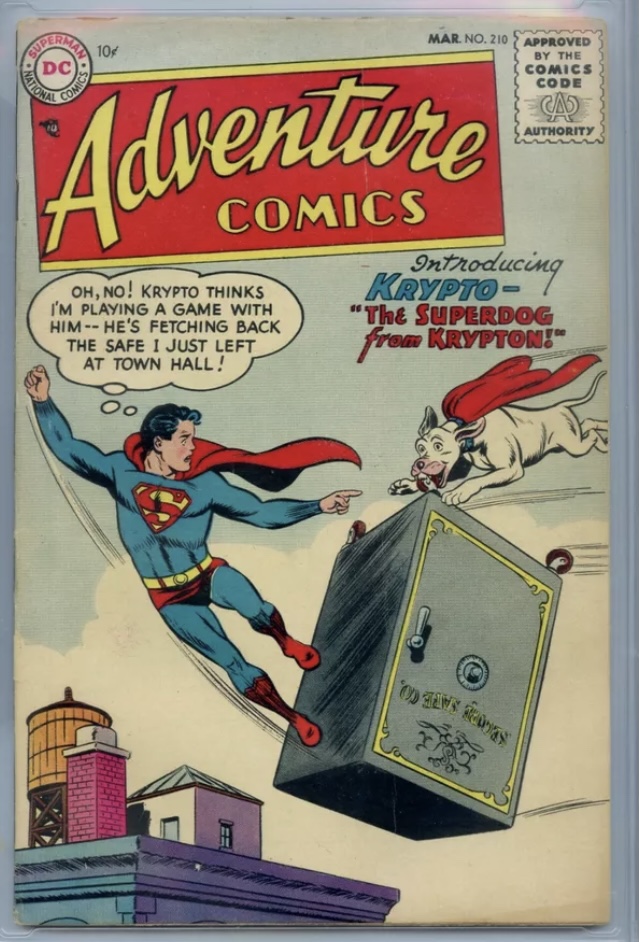 On Krypton, they originally put Kal-El’s dog in the rocket to test it out first. The rocket launched and went off-course. The rocket drifted into space for years  and eventually landed on Earth. Now Krypto is reunited with grown Kal-El called Superboy.

Krypto has the same power as Superboy but with better smell and hearing.

Unfortunately there aren’t many of these for sale. The last 2 most recent sales on ebay